After an asphalt climb on La Comballaz in a postcard setting and a long but beautiful transition close to a river, we arrive at work, in the Mosses. Here, it’s a matter of climbing to Lake Lioson, the region’s jewel. As proposed in this route, the ascent and descent are done by the 4×4 track leading to the small restaurant of the lake. However, the more adventurous could afford the descent from the other side, on Pra Cornet, with a few portages in the first part.

The rest of this magnificent course is not to be outdone, especially the redescent hillside from Oudiou to the Vottes: grandiose panorama and magnificent trails to the key!

As proposed, the route was intended to be safe from the point of view of the paths taken. Everything passes easily on the bike with the exception of a small stretch in the descent on the Vottes, just after Les Teys. 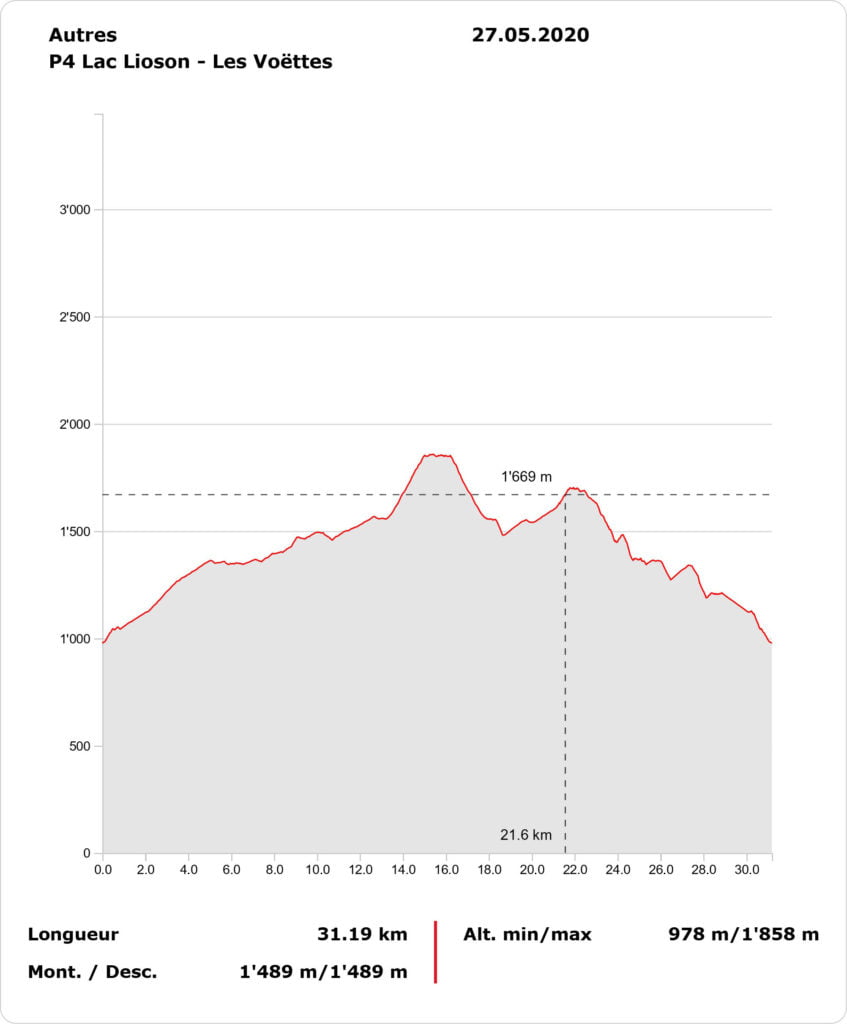