Bike Route: P9 Lake of Chavonnes - Towards the Church

Similar on its first part to the P6 route to Lake Chavonnes, this route takes the side of bypassing the massif by the highs of Villars and Gryon, rather than climbing on its ridges. Like the P6, it gives pride of place to the panoramas, but offers a more peripheral and less committed tour of this green massif.

Once the long climb completely paved to Lake Chavonnes is conquered, the true pleasure of mountain biking begins with paths that will delight the greatest number: technically very accessible and nevertheless offering plenty of beautiful sensations!

You will dive on lake Chavonnes by a beautiful herbu trail, then into the lake itself if you have thought to take your swimsuit, before going back on the paved road that will take you to the Bretaye pass. From there, it is a path on the side of sumptuous and panoramic hillsides that takes place in front of you until the Col de la Croix!

Notice to beginners: between the Ensex pasture and the Col de la Croix, the path is more technical, while remaining quite feasible by the vast majority. This small portion – which will delight those who like to play with the terrain – can be avoided by going down the paved road of the Col de la Croix.

The descent on Les Diablerets is done by taking the famous ski slope called “La Nationale” which despite its reputation is technically accessible to almost all, including beginners. 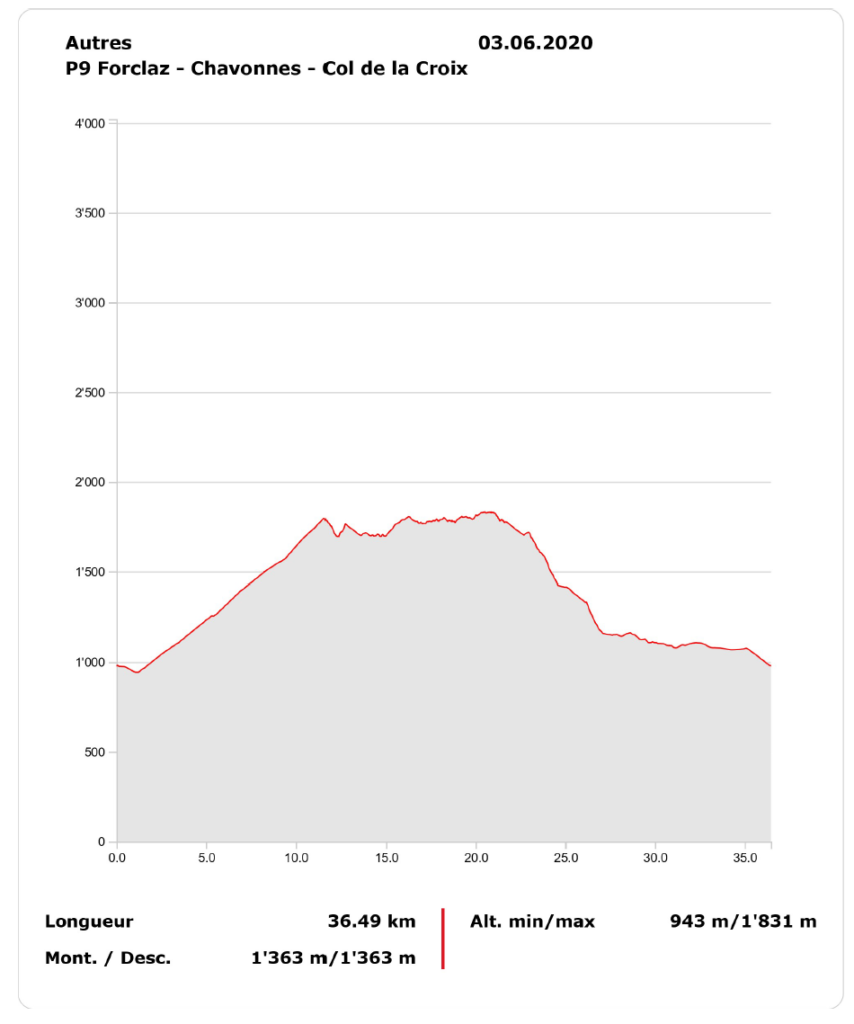