This course is a more physically full-bodied version of the P9, and offers an even more extensive panoramic tour than the latter. The climb to the Bretaye Pass is done by bypassing the Chamossaire by Panex, and offers a look at the spectacular Rhone Valley. The first part, not far from the railway tracks, offers small areas in a fairly technical path that are quite nice, before climbing very dryly on Plambuit. The second half of the ascent, from Panex, is less steep and more regular, and leads to the superb lookout above Villars with its passage culminating in the Bretaye pass, to continue with the enchanting sequence of hillside paths up to the Col de la Croix, as for the P9 course.

Also as for the P9, the descent on Les Diablerets is done by the ski slope “La Nationale”, friendly and without the slightest technical difficulty. The less ambitious will be able to return to the Sepey by road, thus dropping the physical difficulty at 3/5, instead of the 4/5 evaluated if we continue on the course proposed here and consisting of going up hillsides on the oudiou pasture, perched on the southern stop of Pic Chaussy. Once this long climb is defeated, we discover a view almost 360 degrees from the Mosses to the Devils. The final redescent on the Sepey is easy with the exception of the trail descending to the river from the Voets which requires a little attention. In this regard, you have to follow the GPS track provided here to find the point of entry. SwissTopo maps place it at an old location that no longer exists. 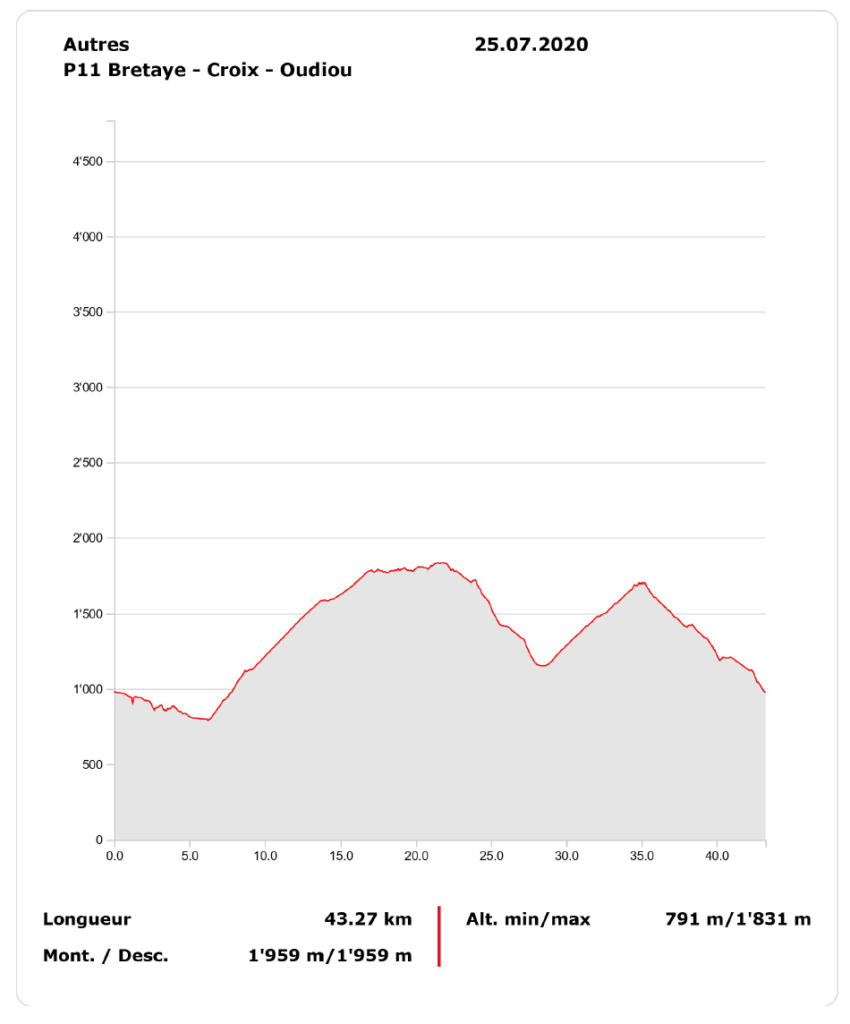